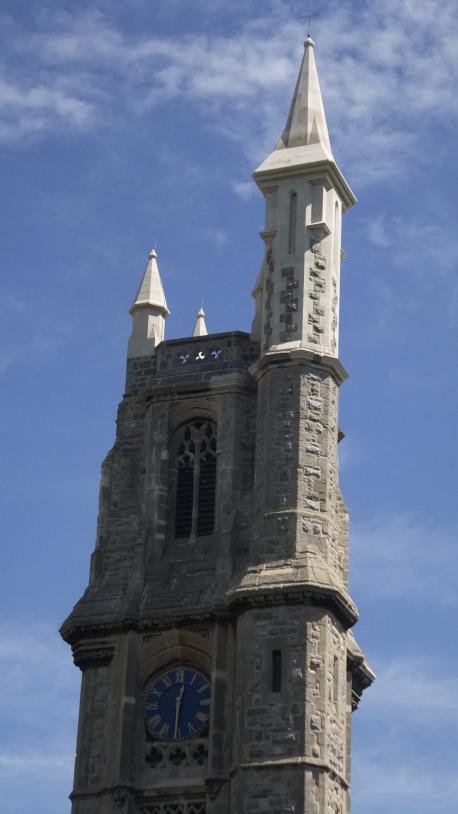 The building described by Nikolaus Pevsner as the ‘craziest of London’s Victorian churches’ dates from 1865, and was the work of Edward Buckton Lamb.

The church was placed on Historic England’s ‘at risk’ register due to masonry falling from the church tower.  The Heritage Lottery Funded works included  wide-ranging repairs to the church tower; the reinstatement of four tower pinnacles, which were removed during the Second World War due to bomb damage,  and the turret to the tower stair, which was removed in 1955,  consisting of Kentish Rag stone infill with ornate Bath-stone dressings.  Other masonry works included the repointing of the dressed stone work, the re-building of buttresses, the indenting and replacement of ornate bath-stone dressings and the replacement and repointing of the Kentish Rag stone walling.

Other associated work to the tower consisted of the overhaul and repair of belfry timber louvers’ and clock dials which were re-painted and gilded with 24 carat gold leaf.

The project was a testament to the expertise of PIERRA's conservation and masonry team as the project has received high acclaim within the industry having been shortlisted for the 2015 Historic England Angel Awards and runner-up in the 2015 King of Prussia Gold Medal Award.